Before you have your team of developers getting an app to enter into the distribution stage; it becomes crucial for them to pass the approval process first. This is particularly for the iOS app store as rejections are maximum here. Therefore, it demands testing to be done mandatory. This helps the app to reach the market seamlessly and win customers faster and more successfully.

While talking about testing, there are two forms of testing usually performed. This includes developer-level unit testing and managing data testing across a wide array of hardware.

In the article here, we will discuss in detail the distribution methods that make it easy to perform the task of iPhone development and allow seamless app distribution without the requirement of the App Store.

However, before that, let us first look into the guidelines of the App Store in the lines below.

This is the first rule that the Apple App Store desires all developers to remember. It is vital to ensure; the app does not appear too corporate; or business-oriented. This might affect the app to lose its desired value. In other words, it will fail to bring any value to the end audience.

Avoid Publishing App That is Available Only with Login Identification

Another crucial rule for the iOS App Store is that developers need to refrain from publishing an app available only with login identification.

Forms of Distribution for iOS Apps Without Channeling the App Store

In the lines below; we will understand these two programs carefully, listing the steps that get followed while distributing the app using these two.

Apple Developer Enterprise Program allows developers to seamlessly distribute their app in the form of a URL. This may be either through the internal site or the web server.

Basically, for organizations, it requires the enterprise to perform the task of distribution discreetly to the employees.

Have a look at this image to gain insight into this program.

Using the ad-hoc app deployment option, developers get the flexibility to employ modes like a private beta, or temporary distribution for sharing their iOS App.

All that they need to do is to deliver the app binary to each user either through mail or by a download URL. This is followed by ensuring that the binary works on the device of the user.

It simultaneously requires adherence to some steps, the same have been listed down in the lines below.

This will ensure that the app gets instantly installed on the device.

Knowing these two popular forms of distributing iOS app development solutions without using the Apple App Store, and the steps that get followed in the second program; let us now also understand the other techniques that developers can employ for performing this task.

Being a self-hosted, open-source version of HockeyApp, HockeyKit is mostly an iOS Ad-Hoc updater framework. Known for enhancing the beta testing process to a great extent, it also gives developers the flexibility to handle multiple applications through different bundle identifiers. This is due to the flexibility of receiving one server installation alone.

Have a look at the image below to gain insight into how the Beta Builder allows iPhone development services to occur outside the Apple App Store.

The image above depicts the simple flow of the app distribution process for the iOS app outside the Apple App Store. It requires the developer to perform these tasks-

Undoubtedly, it is a strenuous and time-consuming task to build the app, and thereafter get it published and shared. Hence, it demands the use of the right techniques so that the release is seamless.

Today, one of the most efficient techniques that make this process quite streamlined is limiting the distribution of the app on the Apple App Store. However, it might be difficult to utilize the right approach while performing this task. It is therefore recommended to get in touch with a mobile app development company. They will channel their technical prowess in employing the best practices to get your app distributed seamlessly without you facing any form of challenges whatsoever. 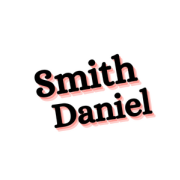 The Most Influential And Sought-Out NFT Pieces

Check Also
Close
Featured Posts
When Is The Best Time To Use Mobile Technologies For Your Business?
3 mins ago