Today one can easily find a quality branded hat online at an affordable price. With a diverse range present in the market, you can find the one that will fit perfectly with any suit. They are the most comfortable head coverings that simultaneously offer style and protection. Different materials can make hats, from wool-cotton to even plastic. Interestingly, hats symbolize social status and have a significant value in the royal family.

Back Story Of Hats

Over time, hats have gained attention, and apart from providing a protective function, they showcase the wearer’s rank. Those made with plant fibers go back to the old rural traditions of Anatolia and Europe. If you look at the early statue of Mercury, it is of plaited straw. When we talk about Artisans of Rome or Athens, they had conical caps alongside an egg-shaped crown. During the ancient times in Rome, the upper-classmen usually went with no cap except during harsh weather, traveling, or hunting. Augustus Caesar, the emperor, began the fashion of making caps mandatory and a strong style statement.

In Egypt, people wore caps and kerchiefs over the brow and heads falling over the shoulders as a drape. You could also find sheep’s wool or human hair to protect themselves from the intense sunshine. The helmet caps had symbols to define ranks. During the early medieval era, the city’s people wore hats made with cloth. You could find a chaperon similar to a loose hood that both men and women can wear. The middle ages were all about women concealing their hair, and a significant style change came during the 15th century. A steeple headdress or hennin was famous in France between 1460 and 1480. Sometimes women also wore a turban. During the middle ages, the hat also became a mark of identifying groups. For example, the Jewish wore specific hats and garments to differentiate themselves.

With the rise of the milliners in the sixteenth century, hats became even more famous in the eighteenth century. And some of the best were made in Milan, Italy. Before the nineteenth century, women mostly went with loose bonnets or handkerchiefs. Gradually they became more extensive and more ornate, along with some trimmings. And by the end of the century, a significant style diversification took place. Today, hats are nothing less than a fantastic fashion accessory. Today hats are in a variety of different forms. You can easily find an acrylic yarn beanie online or a fedora hat online.

The hat terms are countless, some of which are below:

Hats are undoubtedly a fantastic invention that has come a long way in staying a valuable fashion accessory. You can buy the one that fits your style or get some guidance from a fashion professional to tell you what suits you best. You can even do try-haul to know the perfect hat for yourself. If you are seeking a quality product visit, I Am Mixed Roots today. 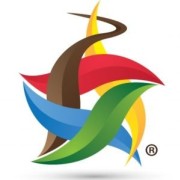 I Am Mixed Roots

Update yourself by knowing c++ function

Why noida is a good real estate destination