In recent years, the number of people going solar and switching to various solar systems as their means of power consumption have been gradually increasing. Not only because of the renewable sources of energy that are helping the environment. It is because they are also more beneficial than the traditional sources of energy. They allow you to produce energy while keeping your carbon footprint lower, and in some cases they can even save you money by using less electricity. Solar energy is the primary source of energy in many areas of the world. However, in order to fully realize the benefits of using this resource it is important to understand all of the different components that make up a solar energy system. Part of this would be grid-tie inverters, which is deemed to be an integral part of a solar system.

The process of solar energy systems creating energy, particularly with solar panels, goes through the production of direct current that will then be converted to alternating current. And the entire conversion is performed by solar inverters, which is also referred to as grid-tie inverters. They mainly use only the utility grid as a complementary source of power. Thus, whenever there is a loss in the production of power through solar energy because of certain external conditions, the grid power will compensate for them as grid-tie inverters have the ability to work even without any battery backup equipment.

Moreover, the excess power that a grid-tied system garnered can be exported to the utility grid. Thus, when the household requires more power, they are still met through the imports from the grid. Solar panels that integrate grid-tie inverters have actually been the most common type of solar panel system over the years. And though there has been a growing interest in battery technologies, households still opt for installing a grid-tied setup on their roofs.

Inverters as an Important Element of a Solar System

Inverters, in general, are actually deemed to be an important element of any solar energy system. They are the brains of the system. And though the inverter’s main job is to convert direct current produced by the solar array into usable alternating current, it has other roles that makes it a key component for powering many electronic devices and appliances at home. Furthermore, with the growth of these wide arrays of solar energy systems, inverters have also been taking on responsibility for battery management. This, thus, has been known to be a big change from just a few years ago, when battery storage was not seen as part of the solar market.

There are three types of grid-tie inverters — micro inverter, string inverter, and central inverter. Each of them has their own means of maximizing the efficiency of solar systems. It is important to understand each of these so you would know what type would be perfect for your household or other establishments, if you will be opting to install one.

Micro Inverters is the type of grid-tie inverter that is typically used at residential and commercial installations. It consists of a small box, which is placed on the back of a solar panel. It is connected to a single solar panel during the process of converting its generated direct current to alternating current. Then, the alternating current from each micro inverter is then combined along with the output from other micro inverters as well, to send it to the grid.

Moreover, as the name indicates, micro inverters are small, miniaturized inverters. They are linked to a single solar panel for maximum control and reliability. So in any cases of mismatch within the solar power production among solar modules, micro inverters will be able to handle them effectively. Also, if this type of inverter fails to operate in its optimal form, it only impacts a single panel. This means that the rest of the system will be able to function without any problems.
Additionally, inverters enable users to monitor performance of individual solar modules power production. This, then, ensures ease in maintenance.

It is also deemed to be a safe alternative from other types of grid-tie inverters. As the system does not have the presence of high voltage direct current. Micro inverters are good for installations with issues such as shading. It is also ideal for those having problems with panels on multiple planes facing various directions. Thus, deemed to be a more efficient option.

However, despite the advantages of micro inverters, the drawback of this type is that the initial payment required for the purchase is relatively high compared to other types. But think of it as an investment instead. It tends to be a better choice so you would not have further problems relative to your future use.

But then, the overall structure of string inverters may differ, depending on the size of the installation. There may be more than one string inverter present in some cases. Which is why whenever you are going to choose a string inverter for your solar panel, it is also important to consider the brand that you will be buying from. Not all string inverters are created equal.

The overall performance of string inverters in the production of energy varies depending on the site conditions. Shading, soiling, moving clouds, difference in module surface temperature and irradiance. And since the modules in string inverters are connected in series, and the current in a direct current string is constant, then this option is not that efficient in terms of handling mismatch in solar energy systems. Along with this, any inverter failure will cause a downtime for the entire system, reducing its overall performance.

But then, compared to micro inverters, this option tends to be more cost effective. Thus, are widely utilized by most household or commercial installations.

Typically installed on buildings, industrial facilities, and even on field installations too, central inverters are basically a large version of the string inverter. It is connected to a series of strings of solar panels. Rather than just a single string, as in the case of string inverters. In these types of grid-tie inverters, the generated direct current from a series of solar panels is connected in parallel along with the output from the other series of panels at a combiner box. Then, the output from this combiner box is connected to a single central inverter.

With the pad and combiner box, it is then best suited for large installations with consistent production across the array.

The three different types of grid-tie inverters all have their advantages and disadvantages, and can all be efficient in terms of providing solar energy to establishments in their own ways. Just make sure to rely on various conditions when choosing one that is perfect to be installed. And being a crucial component in a grid-tied solar power system, a solar inverter must be chosen carefully. You must always ensure that you will be getting energy from the sun efficiently. For now and for the future years to come. 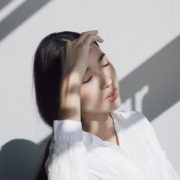 Everything you Need to Know about Moving House Plants

Nuneaton Taxi | Your Safety Is Our Priority

Check Also
Close
Featured Posts
Gutter Cover Installation: Why You Need It and How to Do It
6 hours ago

Which Technology is the Best for eCommerce Website Development?
7 hours ago

The Importance of Breast Cancer Screening
9 hours ago