WordPress Executive Director Josepha Haden Chomphosy started a debate this week about how many updates the project will strive for in 2022.

“Given that we already have a release in January,” Haden Chomphosy speculated, “I wonder if we would be able to use 2022 to attempt four releases.”

When she mentioned it in the #core Slack channel, a few participants expressed a desire for the project to move toward more frequent releases. They were optimistic that it could be done because a January release was already planned.

The responses to the post on make.wordpress.org were wildly disparate. A few people stated that they would be fine with quarterly releases as long as significant holidays were avoided. Several participants in the discussion have asked WordPress to limit itself to two or three releases per year.

Others suggested that WordPress simply wait until new features are ready before releasing them, with no timetable. This approach makes it impossible for different parties, such as hosting firms, agencies, and WordPress product companies, to plan efficiently.

WordPress version 5.7 was released in March 2021, followed by version 5.8 in July. A third major release scheduled for December has been pushed back due to severe roadblocks and decreasing volunteer availability. Without a change in methods, a jump to four releases next year appears unduly ambitious.

Is it reasonable to plan four releases for 2022?

“After failing to fulfill a three-release-per-year target, is it acceptable to plan four releases for 2022?” In the comments, Oleg Kharchenko inquired.

It appears nice in business reports, but it provides little real benefit to WordPress users because frequent releases result in half-baked features that are difficult to utilize.

“In addition, plugin and theme makers will have to devote more effort to testing rather than product development.” Finally, there are numerous tickets on Trac with the ‘early’ keyword that have been punted for years.

It is simply because everyone is too busy to find time to include these tickets in the upcoming release; tightening the release timetable will exacerbate this situation.”

Jessica Lyschik, a developer and active member of the German WordPress community, stated that she would prefer two future releases.

“As multiple people have previously stated, preparing more releases hasn’t worked in the past. Why should it now?” Lyschik inquired. “5.9 was put on hold so that we could add more polished features that people can use.”

The complexity of the new features is enormous, and she does’t see how splitting it up into smaller releases will work in the future.

The roadmap for 2021 had previously called for four major releases, but that number was reduced to three in February.

Haden Chomphosy highlighted a lack of automation and the requisite manpower to carry out the strategy without risking contributor burnout and update fatigue at the time.

John Blackbourn, a WordPress core committer, jumped in, pushing Haden Chomphosy to clarify why she is advocating for more frequent releases.

He also asked that she outline the original list of difficulties and needed modifications, as well as the progress made toward improving them.

Why I Voted to Delay WordPress 5.9?

Anne McCarthy explained a number of the issues and roadblocks that prompted the release to be postponed to January 2022 in a post titled “Why I Voted to Delay WordPress 5.9.”

“What I’d like to know is what we’ll do to prevent this from happening again.” The man in charge of the WordPress 5.9 release, Matt Mullenweg, issued a statement.

“There could always be more polish, more bugs fixed, and I challenge you to name a year in the last decade that didn’t have its fair share of human problems,” says the author. “I can’t think of one.”

He’d like us to thoroughly understand and agree on what went wrong, especially in the early months of 5.9, and what we’re doing now to ensure 6.0 is delivered on time!

McCarthy answered with the following justifications:

A Go/No-Go meeting should be changed so that it’s less idealistic and more specific about where things are at.I believe that will set the tone early enough in the release cycle to avoid some of these problems again,” McCarthy added.

Several of the 5.9 challenges match the ones that Haden Chomphosy listed as needing to be changed in February. It is in order to make WordPress releases easier.

It is also to make more frequent releases:

In the lack of a complete 5.9 retrospective, it may be difficult to anticipate the next year’s release schedule based on contributors’ most recent experiences.

Moving to four major releases will be difficult to sell following a year in which WordPress was unable to produce three major updates.

It will necessitate considerable changes in the way the job is scoped and managed while it is in progress. The matter was to be revisited on the weekly core dev talk on December 22nd at 20:00 UTC. 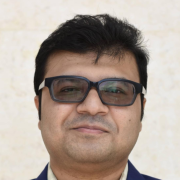 A Comparison of Dojoit and Miro.

What are the Skills Required To Be a Java Full Stack Developer?
4 hours ago

What is the learning path for a Data Analyst?
4 hours ago