We all have heard about the term Astrology at least once in our lifetime. Nowadays, we can easily learn and know about astrology or our future predictions just by visiting the Astrology websites or with the help of online Astrology chat. But before that, we must know what astrology is and how it started.

Astronomy, astrology, and the calendar are the three different areas that portray a man’s fascination with the sky.

Astronomy studies the sun, moon, and stars from a scientific standpoint. Astrology interprets the likely impact of celestial bodies on human life. Both are intertwined throughout early history. Many gods who impact humans on Earth live in the sky. The sky’s patterns must undoubtedly reflect that effect.

The Initiation: Mesopotamia and the Babylonians: from 3000 BC

Astronomical observation begins with Mesopotamia’s early civilisations, who recognised and named significant constellations just after 3000 BC. Similarly, Mesopotamian skygazers identified the five wandering stars, which, along with the sun and moon, make up the seven original ‘planets’ (Greek for ‘wanderers’).

The Babylonians are the first famous astronomers in Mesopotamia, flourishing from the 18th century BC. Their number system gives rise to the minutes and seconds of current astronomical measurement. The Babylonians are also responsible for developing the beneficial concept of the zodiac.

The Babylonians recognise that dividing the zodiac – the constellations along which the sun and planets appear to move as they transit through the heavens – into recognised and equal portions can serve as a measure of celestial time. They choose twelve constellations to represent these segments, many of which have animal names. When the Greeks describe the zodiac as the ‘animal circle,’ they give it a name (zodiakos kyklos).

The zodiac connects constellations to seasons, and constellations have their relationships with the gods. As a result, the divine influence hypothesis combines scientific observation of star positions. Astronomers and astrologers both benefit from the concept of the zodiac.

Taking it forward- The Greeks: from the 6th century BC

In the realms of astronomy and astrology, the Greeks made tremendous achievements. Their analytical approach to the heavens leads to brilliant early revelations in astronomy, even if the painstakingly observed but utterly erroneous Ptolemaic system eventually blinds European astronomers for more than a millennium.

Meanwhile, astrology benefits from the Greek gods’ diversity and vigour. These very human divinities, linked to the planets and constellations, make astrology dramatic and thrilling. And Greek interest in individuals broadens the scope of astrologers. Originally developed to aid in governmental matters, art has found a permanent function in predicting the fate of ordinary men and women.

India and elsewhere: from the 1st millennium BC

Since at least 1000 BC, India has had its system of astrology. The first star of Aries represents the beginning of the zodiac wheel in Indian astrologer, which is based on the constellations of the zodiac.

The western version of the zodiac was established during the Hellenistic period, influenced by Greek influence.

The same pattern can be found in other historical periods. The growth of Arabic knowledge, which brings obscure Greek works to mediaeval Europe, creates much work for astrologers – at least until science and reason begin to diminish the appeal of old art.

In most regions of the world, astrology is resurgent in the twenty-first century. It has never lost its charm in places like India. No major life decision can be made safely unless the signals are favourable. No marriage will take place unless horoscopes are drawn up.

In Western countries, classical art is often seen as a form of lighthearted self-indulgence. However, most popular publications still believe that having a resident astrologer is beneficial. 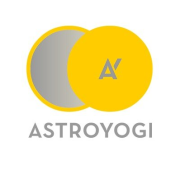 What are the Skills Required To Be a Java Full Stack Developer?
16 hours ago

What is the learning path for a Data Analyst?
16 hours ago

Financial Adviser vs Financial Planner: What’s The Difference?
2 days ago